A Brief History Of The Cristero War

The last few years has seen a stirring eruption of unexpected uprisings around the world as multitudes have asserted their hope for greater individual freedom in places as far-away as Egypt and Libya. Here in the North Americas, the last major people’s uprising was the Cristero War in Mexico, which less than 100 years ago helped secure greater religious freedom for millions. Though fought for only three years, this roiling civil war left 90,000 people dead, truly a travesty of human life. When a precarious peace was finally struck, fear of opening old wounds and decades of one-party rule kept the war’s most moving stories under wraps. FOR GREATER GLORY marks the first major motion picture to bring this epic story to life. 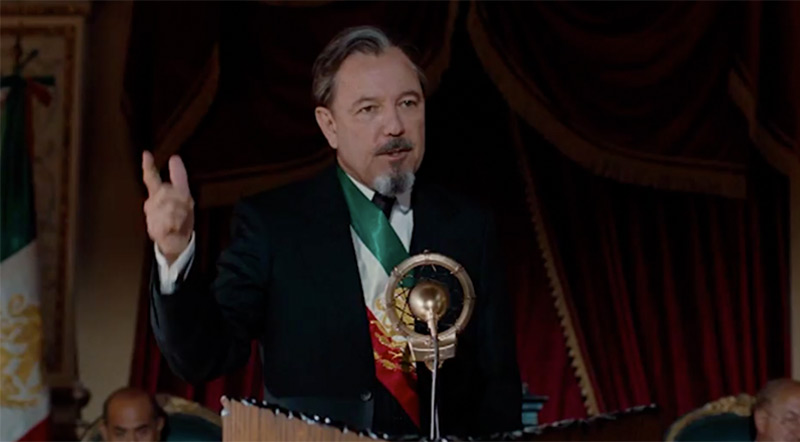 The powder keg was lit in 1926, when newly elected President Plutarco Elías Calles, who felt the Catholic Church was too powerful in Mexican society, intensified a growing crackdown on religious practices in Mexico. In June of 1926, President Calles signed the fateful “Law for Reforming the Penal Code,” aka “Calles’ Law,” which severely restricted religious freedom. Priests and nuns, who were already denied the right to vote, could now be heavily fined simply for wearing church attire; and they could go to jail merely for exercising their right to free speech or for criticizing the government in any way.

Calles made it clear that he intended to aggressively enforce the new laws and he began a program of seizing church properties, exiling clergy and closing convents and religious schools across the nation. Suddenly, priests were on the run and citizens were left without church services in their communities.

At first, Catholic groups attempted to fight the brutal restrictions through peaceful means. There were economic boycotts and behind-the-scenes negotiations, but all proved fruitless. In August of 1926, 400 armed rebels shut themselves up in a church in Guadalupe and engaged in a deadly firefight with federal troops, surrendering only when they ran out of ammunition. When Guadalupe’s parish priest died in the melee, the sacrifice enraged many and drove more young men and women to join the highly motivated resistance. 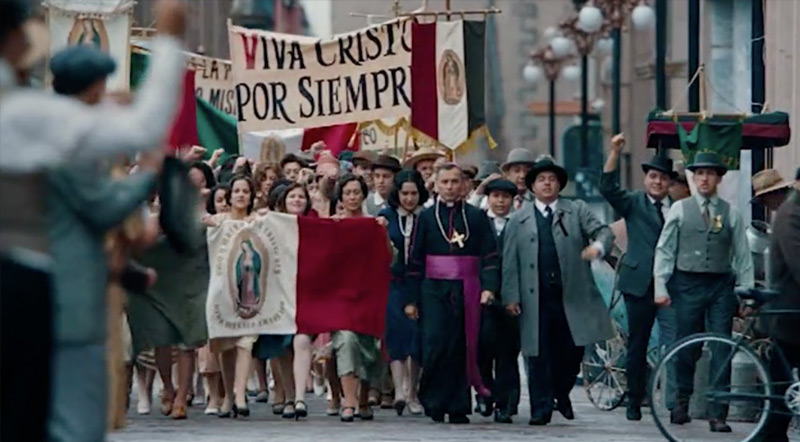 By 1927, the country had fallen into a raging civil war. The rebels, many of them farmers, artisans and students, had meager resources of ammunition and food, while the government forces were heavily armed and well supplied. Many thought the uprising would be easily and overwhelmingly suppressed by federal troops, but as several homegrown leaders emerged from the countryside including Victoriano “Catorce” Ramirez and Father Vega, they repeatedly stunned the government with successful raids and savvy tactics. The battle raged on and atrocities mounted on both sides, with numerous civilian deaths.

Several months into the battle, the rebels realized they needed a more targeted strategy. Hoping to change their fate, they recruited retired General Enrique Gorostieta – a renowned military mastermind who had become a businessman after leading federal troops in the Mexican Revolution — to take command of the Cristeros. They did so despite the fact that Gorostieta was renowned as a man of skeptical faith. Yet Gorostieta quickly became a fervent supporter of religious freedom and inspired new passion in the growing ranks of fighters, even as his guerilla-style tactics began to wear away at the government’s stalwart defenses. 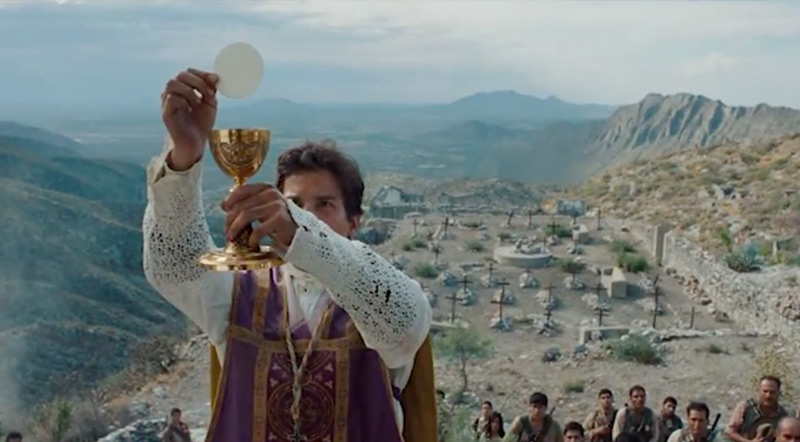 In 1928, Calles’ term as President came to an end, but the new President, Alvara Obregon, was assassinated just two weeks after taking office – and the war waged on. By this time, General Gorostieta had unified the disparate rebels into a united and loyal army some 50,000 strong.

The devotion of the Cristeros was fully embodied in 1928, when the 13-year-old volunteer José Luis Sanchez was captured and killed for refusing to renounce his faith. (Later, José would be beatified by the Pope; and another 25 Cristero fighters were canonized.)

On June 2nd, 1929, General Gorostieta made the ultimate sacrifice in a Jalisco firefight, but by that time the tide of the war was rapidly beginning to turn.

Throughout the war, the United States — which had interests in Mexico’s vast oil reserves as well as keeping peace on its border — attempted to bring the government (which it was supporting) to the negotiation table. American diplomat Dwight Morrow held multiple “ham and eggs” breakfast meetings with President Calles. Finally, on June 21st, 1929, Morrow sat down with new President Emilio Portes Gil, who signed a negotiated peace agreement that would allow free worship to resume in Mexico. Although Gil refused to repeal the laws passed by Calles, he agreed not to enforce them.

In 1929, for the first time in three years, Mexicans woke up to hear church bells ringing.

The war was over but Calles’ political party, the PRI (Institutional Revolutionary Party) remained in power for the next 70 years. Fear of reprisals and further oppression continued, resulting in the first large wave of Mexican emigration to the United States, with many seeking to escape the hostile atmosphere.

It was not until 1992 that Mexico finally amended its constitution to give all religious groups legal status, and lifted the restrictions on priests, at last fulfilling the legacy of the Cristeros.